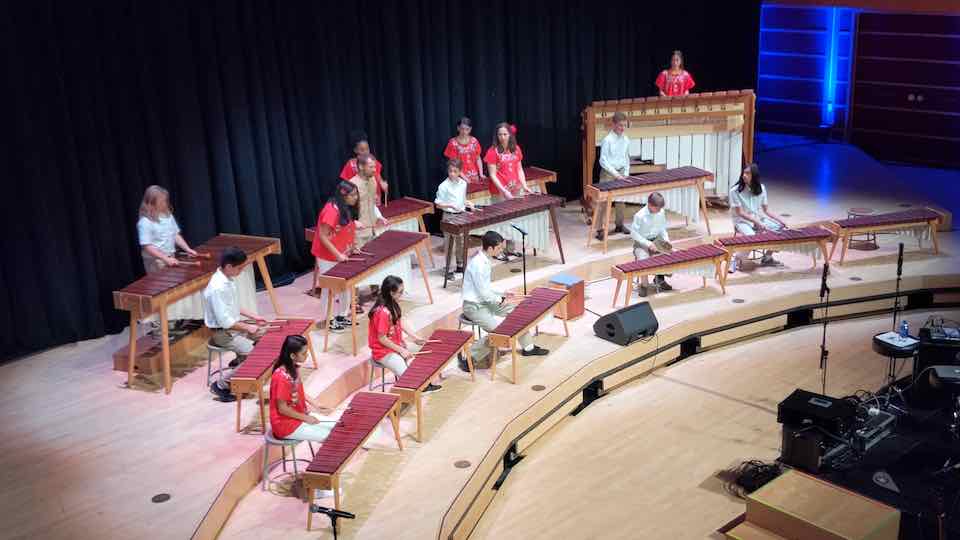 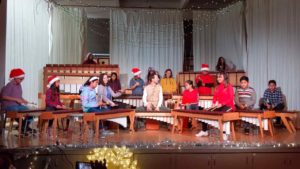 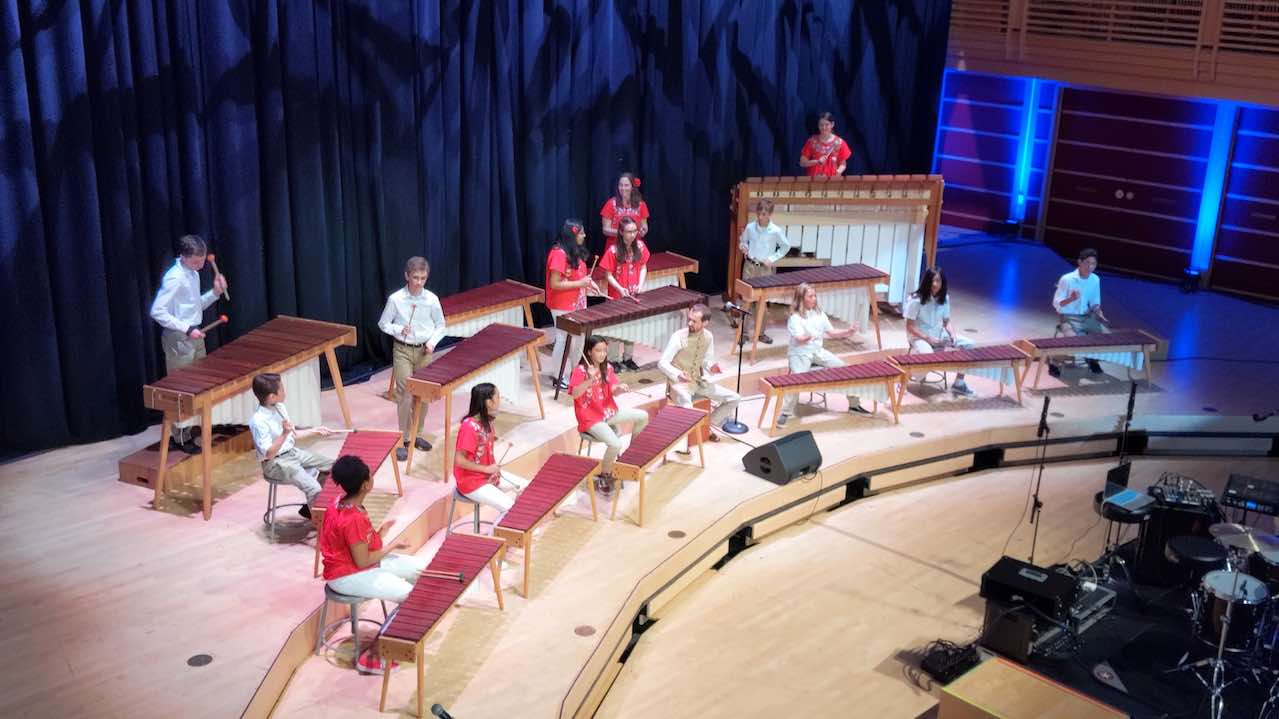 We use specialized Zimbabwean style marimbas for our music. The bars are made from padauk, a naturally brilliant red hardwood from Africa. In addition to our classroom instruments, every student is provided a take home practice marimba. To date we’ve built over 250 high quality marimbas for our students.

Not your usual elementary school band! Giant instruments, earth shaking sounds and virtuosic playing combine into a music program that kids just can’t get enough of. Play Marimba offers a joyful music making experience for children and teens in a technology-free social environment that stretches mind-body coordination, establishes leadership skills, and builds confidence backed by capacity. The music celebrates the heritage of our students by integrating traditional songs from around the world into a diverse curriculum.

Founded at Loma Vista Immersion Academy in Petaluma by school principal Jorge Arvizu and musician Tobias Sparks, our program started in 2016 with 8 students and is growing exponentially. Currently 2000+ students over 9 school districts in Fresno and Sonoma counties are engaging with music through the Play Marimba program.

We partner with schools to bring the joy of music making to their site by providing instruction, instruments and curriculum. We also work with districts to train their existing music staff on our curriculum and methods.

Play Marimba’s non profit wing based in Petaluma, California runs our Senior and Junior performing ensembles for advanced students. Members rehearse twice a week and perform regularly at a multitude of venues including concert halls, cultural and community centers and local school assemblies.

As a community organization we aim to foster a new generation of teachers through student teaching mentorships and summer intern positions for our older students.

If you would like to become involved or contribute to our work please use the links below. 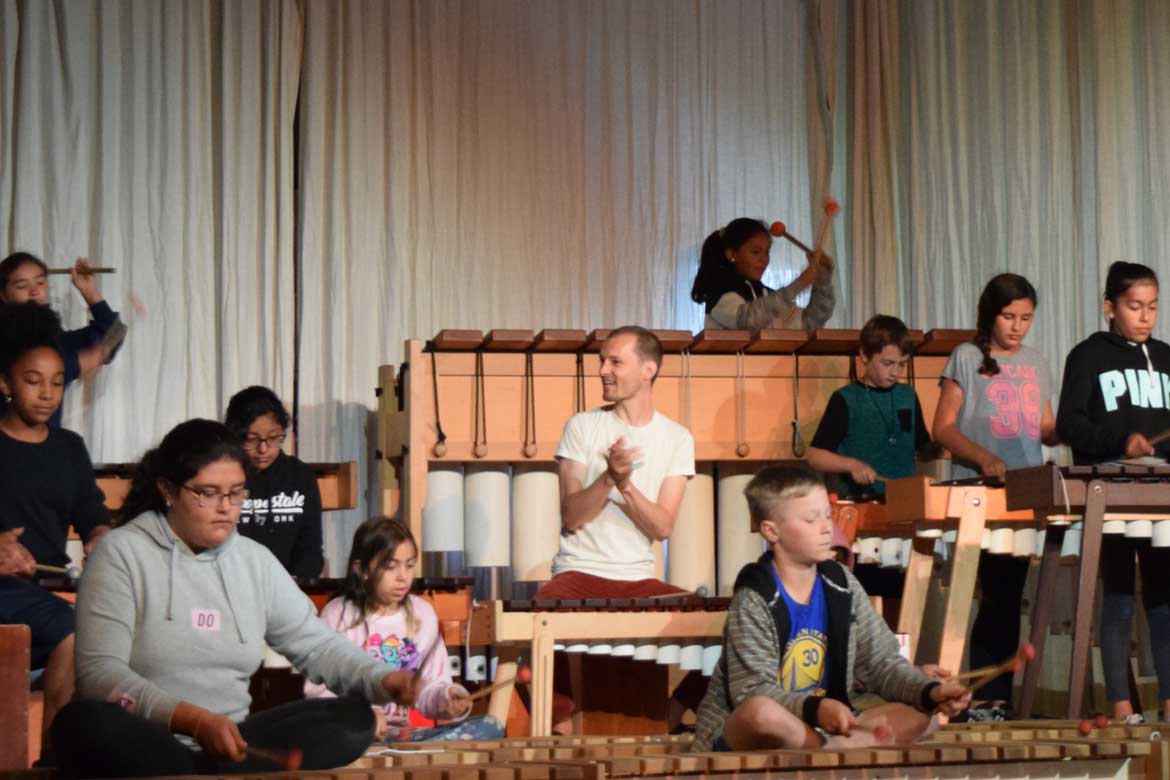 Known at a young age for his innovative musical style and improvisational ability, Tobias Sparks now dedicates his time to bringing up the next generation of musicians.  Performing and teaching for over 25 years, he has collaborated with many singers, dancers and musicians and is featured on more than 30 albums of diverse genres. Tobias’ love of music has taken him to many corners of the earth studying with master musicians in India, Egypt and Turkey. He currently lives in Sebastopol composing music, building marimbas and directing the Play Marimba! program.

Jorge Arvizu is an educator of 40 years. He has a passion for creating student centered programs
particularly in the visual and performing arts. He has developed programs for Youth Leadership
and understands the importance of arts as a core for individual development. Currently in the
North Bay area, he has worked as a school administrator at the site and district levels. He has
partnered with local, county and state providers to bring funding and programs to youth. Jorge
continues to be a part of youth development through partnering with the Arts, and with Fresno
State and Sonoma State Universities. As a co-founder of Play Marimba! – his vision is to give
students the opportunity to make “Joyful Music” to be shared with their community. 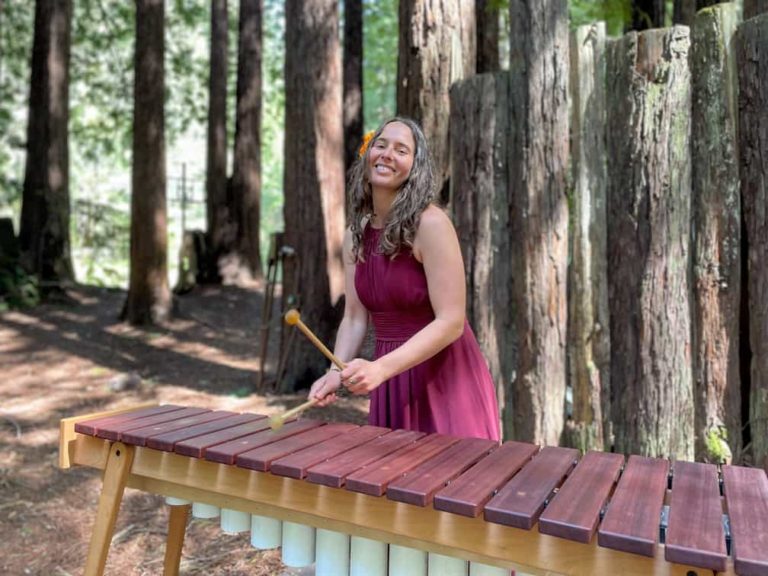 Irene grew up within the network of public school music programs in the East SF Bay, studying flute and piano for a decade into early adulthood. Other academic pursuits took priority for many years, leading her to become an elementary school teacher at Loma Vista in 2016. There, she was quickly drawn to its budding marimba program, consequently rediscovering her enthusiasm for making music. Since then, marimba has become a primary source of joy, inspiration, and connection in her life, and in recent years has been working towards becoming an elementary school music teacher. She continues to hone both her teaching and music skills as a participant in Play Marimba’s performance ensembles, and as an instructor for Play Marimba’s elementary classes.

Joel Mankey is a musician, engineer, composer and multi-instrumentalist from Thousand Oaks, CA. He received his Bachelor’s of Music from California State University, Northridge, where he graduated in 2007 with a Major in Music Composition for Film and Television with a Minor in Japanese Language.

As a professional musician, Joel has played nineteen different instruments as a regular performer more than ten different Bands and Ensembles and played on countless recordings, from small indie groups to major label releases and network television premiers. As a record producer and recording engineer he has produced countless recordings both live and in-studio from Monkey-Man Studios, the studio he shares with his father in Thousand Oaks. 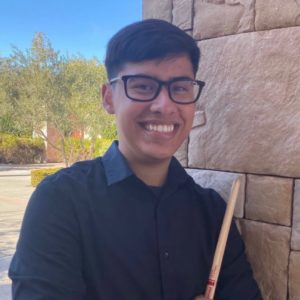 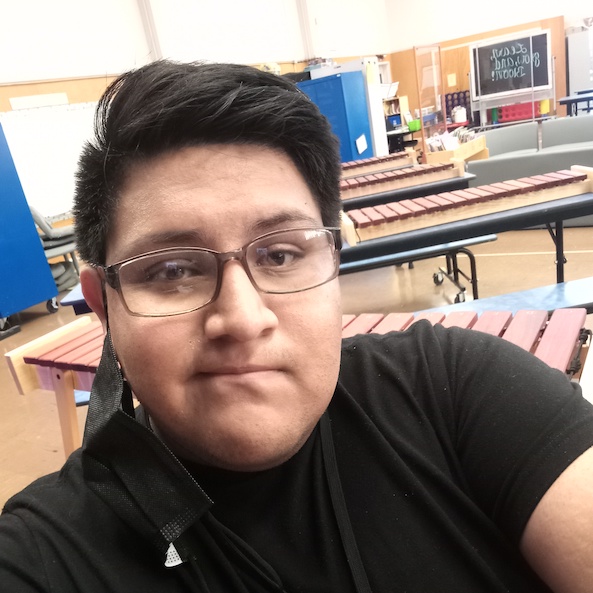